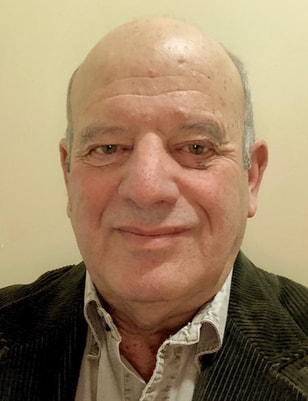 Rick was born and raised in Ottawa, and married his high school sweetheart. He went to    Carleton University for his undergraduate work before moving to Kingston Ontario to go to Queen’s University for a Degree in Education. After graduating Rick taught High School in Picton Ontario for close to fourteen years. During his teaching career he returned to    Queen’s to study for a Master’s Degree in Education.

Rick loved teaching, but starting in 1974, until she passed away in September 2017, Rick’s wife, Joy, suffered from life threatening issues every decade of her life. Being a dedicated caregiver for Joy influenced Rick’s life choices and career, he left teaching in 1986 to pursue opportunities that both he and Joy could partner on while at the same time concentrating on Joy's health.

Rick and Joy came to Whitehorse in 1986 to open the first McDonald’s Restaurant in the north of Canada. At that time, it was the most remote McDonald’s in Canada. They owned and operated the franchise, winning all sorts of awards from McDonald’s, and the community; but due to Joy’s ongoing issues they had to sell the restaurant back to the company in 2000. In 2002, Rick designed and built a hair salon and retail shop in Whitehorse, which he and Joy operated, until Joy’s cancer returned in 2016.

Rick became the President of the Whitehorse Chamber of Commerce in 2004 and remained in that position until July 2018, when he retired. During his stay at the Chamber Rick created many programs to support businesses, and worked closely with several Yukon Government departments. In 2017 Rick helped to create the Yukon Science & Technology Advisory Society, which is composed of more than 20 PhD’s, and several researchers. He is currently the President of YSTAS; as well, Rick is the President of the Jewish Cultural Society of Yukon and he continues to be an active volunteer in the community.

Rick has written three books, one which was made into a movie by CBS TV. Since the passing of his wife he is now determined to publish the books and continue writing.